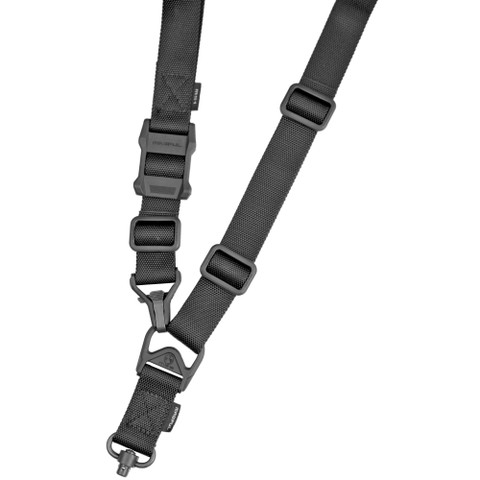 Hover over image to zoom

Filling the same mission requirement as the standard MS3 Sling, the MS3 Single QD can quickly switch between one-point and two-point configuration. The MS3 Single QD maintains material construction and specifications identical to that of the standard MS3, but features a heavy-duty push-button QD Sling Swivel for the one-point (rear) weapon attachment rather than the Magpul Paraclip(TM). This modification allows compatibility with QD sling cups commonly found on lower receivers, receiver end plates, and buttstocks. The MS3 Single QD GEN2 incorporates a new low profile quick-adjust Slider which minimizes bulk and allows for secure, yet effortless, sling adjustment. Webbing length has also been increased for a comfortable fit with all body types and armor configurations. Made in U.S.A. and 100% Berry Amendment compliant.

This product hasn't received any reviews yet. Be the first to review this product!

All prices are in USD.